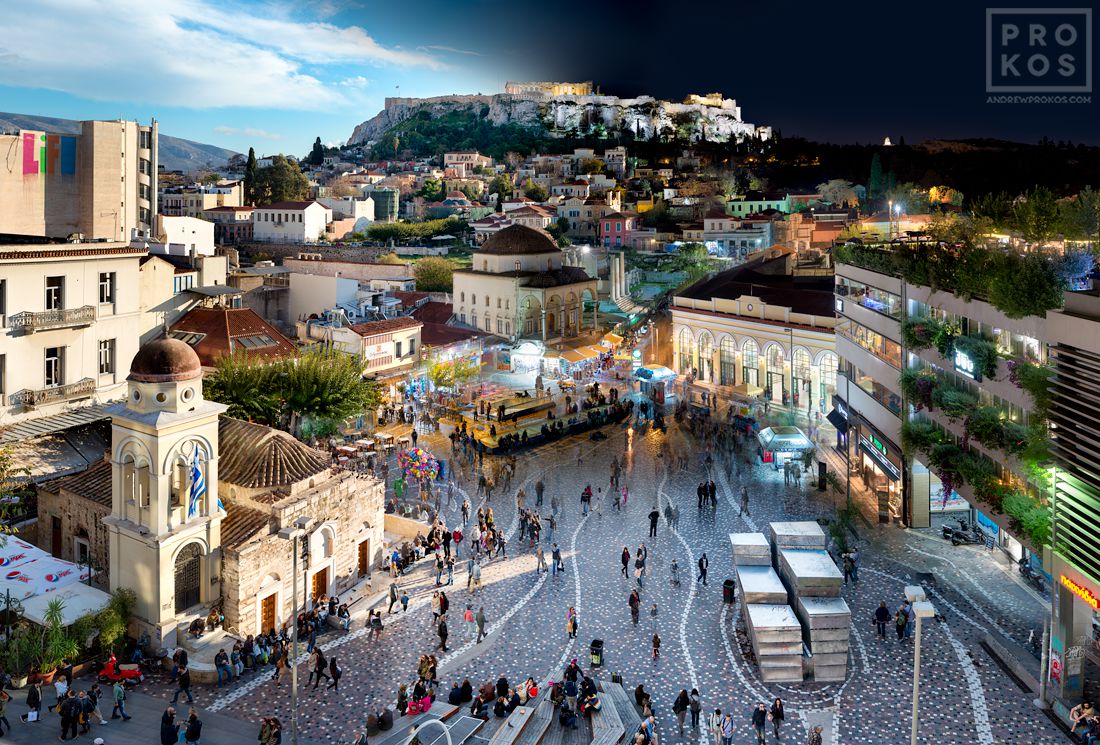 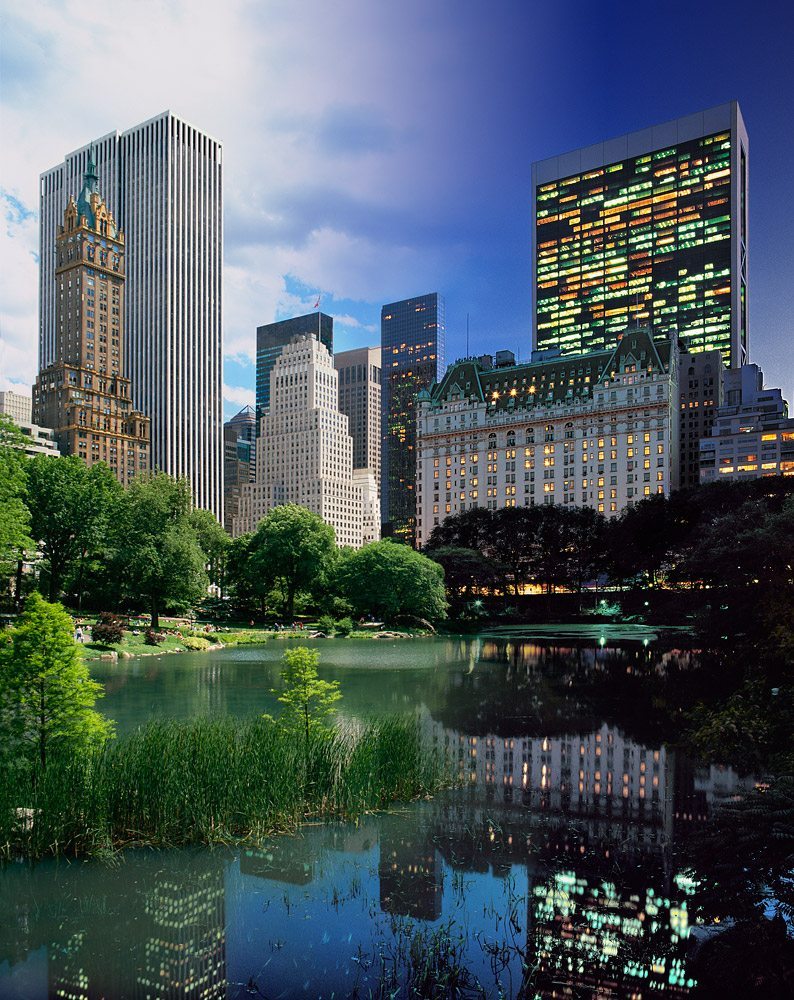 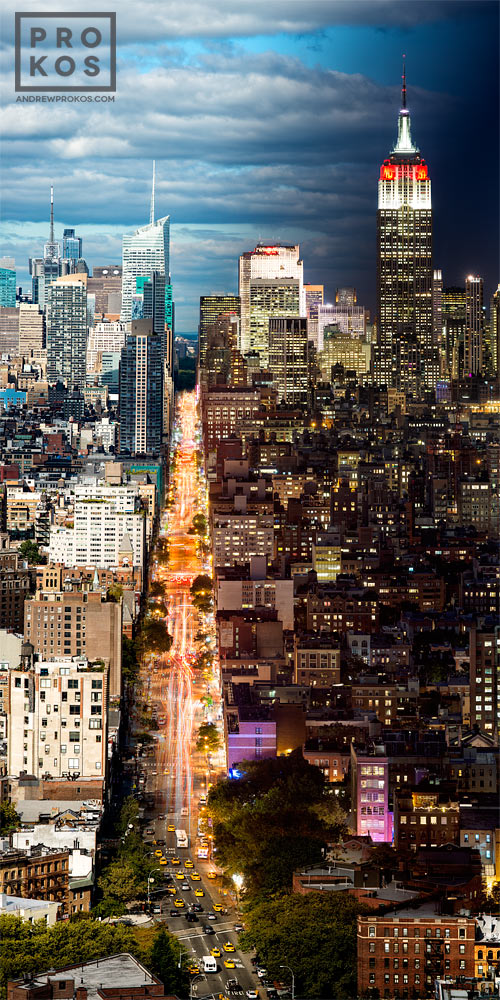 The concept for Night & Day is rooted in the multiple panoramic film exposures I was shooting on location in the mid-2000’s. I would typically start shooting during the day and stay through sunset, dusk, and night in each location. In looking at my archive as a whole I began to imagine layering the exposures to form a seamless transition between the images. High-resolution film scans were first used, and eventually I transitioned to digital capture. The earlier film creations are composed of only three panoramic exposures, while later entries are composed of numerous digital exposures. In that sense the series traced not only the transition from day to night, but also the transition from one capture technology to another.

In preparing each scene I decide where the transition should begin and end, and in which direction time should flow. I base these decisions on visual instinct and what looks most natural to me and I often introduce an element of randomness into the scene by allowing one time to bleed into another. At times the borders between day and night collide head on, and other times they tiptoe into one another.

It is the details, however, that add a sense of incongruity to the photos and challenge the viewer to find where one time frame ends and the other begins: traffic light trails that fade into day on the span of the Brooklyn Bridge, a tourist standing on a Segway in broad daylight, while just a few feet away the rest stand in darkness, the glimmering lights of Midtown reflected in the Pond at mid-day. In Night & Day I am concerned less with capturing the passage of time than capturing the ephemeral nature of time.